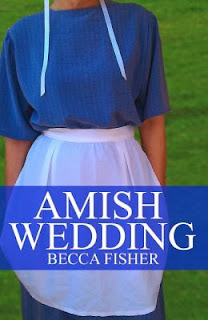 This boxed set features all six books in the Amish Wedding series including:
Amish Wedding
Rebecca Lapp has her life back together after a tough break up. She’s found a new man and is finally happy once again. But when her ex comes back into town wanting her back, Rebecca will be forced to make a decision that will change her life forever.
An Amish Widower’s Heart
Two years after Henry King loses his wife in a freak accident, he’s still trying to cobble his life back together. But he knows that if he doesn’t stop lingering on the past, he’ll have no future. But can he love again? And just how far is the journey back to happiness?
The Amish Late Bloomer
Almost all of Elizabeth Stoltz’s friends are married with kids. Elizabeth meanwhile finds herself back on the dating scene again after a crushing heartbreak. And she quickly finds out that being single at twenty-one year old leaves few options for finding the perfect guy. But Elizabeth is determined to find the love of her life. Will Elizabeth be able to find the love she’s been looking her whole life for, is it already too little too late for her?
Beachy Amish Romance
After a rough break up, Benjamin Stoltz moves from Lancaster to the Florida Amish community of Pinecraft looking for a fresh start. But Benjamin soon realizes that finding romance in Florida has some unique problems of its own.
This Side Of Heaven
Mary Stoltz has a clear idea in her head of what she wants her dream man to be like. But her romantic reality has fallen far short of her dreams. Not to mention she is at the tail end of her rumspringa with seemingly not a single good suitor in sight. But when Mary finally meets a handsome and interesting man, will her love life finally live up to the dreams in her head?
Amish Homecoming
David Lapp has his rumspringa in the city cut short when he finds out that his mother has been in an accident. But when he returns to Lancaster to take care of her, secrets from the past come to light that will change the direction of his life forever.

“I had trouble putting the book down. I enjoy the stories about the trials in their lives and the way they rise above them with a little assistance from Gott. Nice clean romances are a great to get away and relax. Thank you for the Great read.” ~Teresa Thornock (Goodreads)

“You’re the most beautiful woman I’ve ever seen,” Samuel remarked.
That was a bold statement from an Amish man. But Samuel’s feelings were undeniable. Samuel knew that modesty was the Amish way. He’d been brought up on the plain life. Simple service to God. And while Samuel’s feelings about himself were humble in nature, his feelings for Ruth were anything but.
Ruth meanwhile was no fan of attention. She was naturally shy. Samuel had managed to coax her out of her shell though. Still, Ruth was hardly comfortable in the spotlight. It was a mystery to everyone else why Ruth was such a wallflower. She had so much going for her, she just didn’t seem to realize it.
“Now Samuel, there’s no need to exaggerate,” Ruth replied, modestly.
“Who says I’m exaggerating?” Samuel continued. “I’ve waited my whole life to meet a woman like you. And now that I have, it would be a shame not to appreciate you.”
“Are you trying to make me blush?” Ruth wondered.
“No. I’m just trying to make you feel as good as you make me feel,” Samuel said.
“I’d be careful with your expectations. If you let them get too high, you’re bound to be let down,” Ruth replied.
“It’s too late. My expectations are already through the roof,” Samuel admitted. “But don’t worry, I can’t imagine getting let down by you.”
“It must be interesting looking at life through your eyes,” Ruth remarked.
“What can I say? Love brings a rose colored tint to everything,” Samuel replied. “Don’t you agree?”
“Just because I’m not as vocal, doesn’t mean I love you any less,” Ruth said.
“How much do you love me?” Samuel wondered.
“So much that it scares me sometimes,” Ruth admitted.
Samuel was confused. “What’s there to be scared about?”
“Are you kidding? You know the road it’s taken us to get here. So after all the bumps, to finally be with you, to finally turn my heart over, to let my feelings be exposed is both exciting and terrifying,” Ruth explained.
It was true. Ruth and Samuel had found the most roundabout way of getting together. They had been friends for the longest time. Part of a tight knit group of friends that had grown up together in Lancaster. So Ruth and Samuel didn’t want to do anything to jeopardize their friendship. They’d seen two of their close friends date in the past. But when their relationship went south, the friendship was ruined as well. Ruth and Samuel didn’t want the same thing to happen to them.
So Ruth and Samuel dated other people. They did not have much luck finding love though. There were a lot of first dates, but very few second dates. After a while, Ruth and Samuel started to lose hope that they’d ever meet their match. That’s when after a lot of hemming and hawing about risking their friendship, Ruth and Samuel finally gave in to the feelings they had for each other.
Ruth and Samuel’s first date was the best either one had ever experienced. They were a great match. With so much in common. And they made a wonderful couple. It was hard to believe they’d been so afraid to get together. In the end, their friendship only added to the relationship they were building. And ever since then, Ruth and Samuel had been nearly inseparable. Now almost a year in, Ruth and Samuel couldn’t imagine being with anyone else. They made each other happier than they ever thought possible. But that didn’t mean Ruth was without her worries.
Samuel was always there with optimism abound though. “That’s how I know we’re meant for us each other. Because we know what else is out there. And none of it compares to being with you.”
Ruth smiled. “You’re the sweetest man I’ve ever met.”

I’m Becca Fisher and I write sweet Amish romances featuring simple people with complex love lives. I’m devout in my faith, relish time with my family, and seek to bring joy to as many lives as possible. I would love to have you as a reader. God bless. 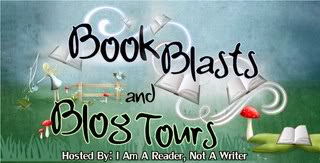