Cover Reveal : Only the Good Die young by K.K. Hendin 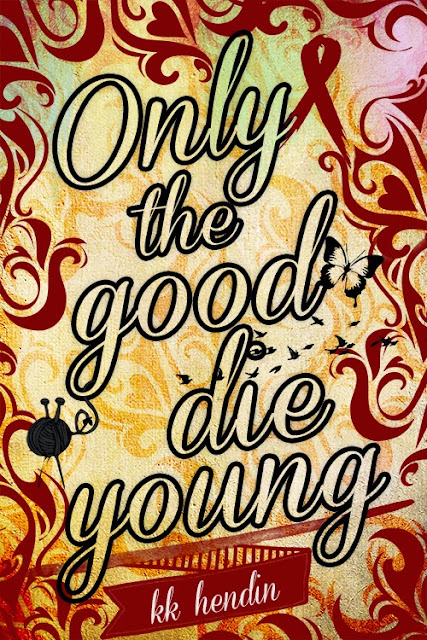 The first year of college is supposed to be about parties, parties, and getting the hell out of Texas. Instead, Milcah Daniels is spending her eighteenth year in and out of Houston’s hospitals. Her hair is falling out, they’ve cut off her boobs, and if she makes it to nineteen, she’ll consider it a personal miracle.

Breast cancer really has a way of messing with a girl’s social calendar.

When Milcah’s temporarily discharged from the hospital, she’s determined to get a tattoo for every medical procedure she’s had. Her quest leads her to Skin Stories, a new tattoo parlor a block from her apartment. And to it’s infuriatingly sexy artist, Callum Scott.

Callum is everything Milcah wants, and everything she shouldn’t have now. A new relationship when the official prognosis is one to five years is a terrible idea. But Callum doesn’t know about the breast cancer, and Milcah’s not running to tell him.

But when the doctor says things are actually looking positive, her entire life turns upside down. How is she supposed to start living again when she’s finally learned to accept her death?

KK Hendin's real life ambition is to become a pink fluffy unicorn who dances with rainbows. But the schooling for that is all sorts of complicated, so until that gets sorted out, she'll just write. Preferably things with angst and love. And things that require chocolate.
She spends way too much time on Twitter, and rambles on occasion over at www.kkhendinwrites.blogspot.com.