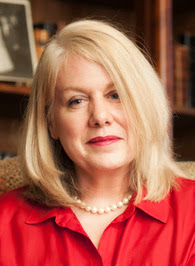 Lisa C. Temple is a lifetime resident of Montgomery, Alabama where she lives with her husband Dana, with whom she has a 21-year-old son, Temp. She is a graduate of Huntingdon College and Jones School of Law. Illuminating Gracie is her debut novel. 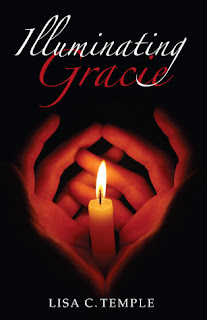 As an old woman's lifeless body lies on a cold stone floor, her soul stands before an angel who offers her a miraculous opportunity: the chance to do it all again. But that is easier said than done. In order to change the path her life has taken, she must put aside years of self-loathing and pain, so she can help the young girl she once was become the woman she should have been.
At 17 years old, Grace Bennett is a bitter young woman. Though blessed with a loving family, looks and brains to spare, she hides her light under a bushel, spending most of her time in the darkness of her mind with little more than sarcasm and self-pity to keep her company.

But things are about to change for Grace. While delivering food for her family's bed and breakfast, she turns onto a desolate dirt road and drives straight into her destiny.

It's on this isolated country lane that the damaged girl meets a strangely familiar old couple and two mysterious young men. Together the group fights the demons that surround Grace, and they teach her what it means to let her light shine.

"Illuminating Gracie" is, at once, a metaphorical tale of the fight between good and evil and a spiritual saga of one girl's journey from darkness into the light. If you liked "Twilight" and "The Hunger Games," you will love the story of Gracie.


Illuminating Gracie is a good young adult fantasy. It grabbed my interest from the beginning and flowed well. Lisa C. Temple’s writing is easy to read and I enjoy her sense of humor.

This is a can't put it down novel that is packed full of supernatural adventure and action, written in a down to earth style that will leave you anxiously awaiting this authors next book. I certainly hope there is one, and soon!

I could not put the book down. Every page brought a new twist and you couldn't wait to see what happened next. The book was recommended to me by a friend and I'm so glad she did. I have now passed it down to my daughter who can't seem to stop reading it. Amazing writing, amazing characters and an amazing story! I do hope there will be another one not to far behind!