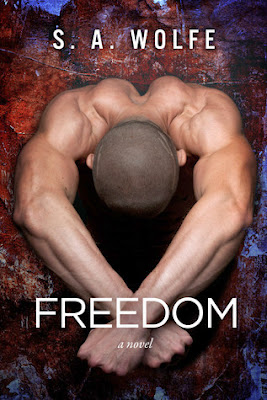 Dylan Blackard is back in town and certain everyone knows his secrets.

Putting away his notorious reputation as the wild guy with a womanizing past, he’s now on a new path, wanting to be the good guy his brother can stop worrying over. As long as he gives up his old vices—including women—he can keep himself on the straight and narrow and finally live up to everyone’s expectations.

However, obsessing about his lack of self-control is making Dylan one humorless, cranky hermit. That all changes, though, when his brother hires a new employee, the stunning Emma Keller, who will be sharing an office with him and all of his tightly wound nerves.

Emma, a spunky young woman from New Jersey, isn’t about to feel sorry for Dylan and his situation. She is beyond distracting to him, and that is enough to turn his emotional balancing act upside down. Not only is she intelligent, and a smart aleck, she’s also very determined to pull the sexy Dylan Blackard out of his self-imposed isolation.

From the moment he meets her, he feels alive again, but Emma doesn’t come as a gift with a pretty bow; she comes with major baggage—a family embedded in its own tumultuous history.

Will Emma be the tipping point that causes Dylan to regress into his past destructive behaviors…or will he actually pursue her for keeps?

*Due to adult language and sexual content, this New Adult Contemporary Romance is intended for readers over the age of 18.

B&N I Smashwords I Amazon

S. A. Wolfe lives with her very loud, opinionated children and husband. She is a voracious reader and passionate about writing, and when those two activities don’t keep her locked away in her room, she loves roaming the streets of New York City. Sometimes she even hikes mountains, but most of the time she finds excellent ways to procrastinate.