Guest Post : Novel Writer? Not Me by Jordan Locke

Today I'm delighted to welcome Jordan Locke, author of The Only Boy, to my blog. As you read his post, you'll probably guess what attracted me to his book.


Novel Writer? Not Me.

Jordan Locke
English was far from my best subject in school. If you had told me I was going to write novels when I was older, I would have laughed at you.

Then, about ten years ago, a scene popped into my head. I thought it could make a good movie, or maybe even a book. After jotting down four pages, I stuck it in a drawer. Writing wasn’t really my thing.

A few years later, I was driving home from work, listening as a radio host read the first paragraph from one of her favorite novels. It got me thinking about how mine might start. One idea led to two. Two led to four. The ideas multiplied. I needed to write them down. Within weeks, I had a hundred handwritten pages—the entire plot. I hit the computer. Word by word, paragraph by paragraph, chapter by chapter, I wrote. Three months later, I had a finished draft.

The thing is, I had no delusions. I knew it was bad. If I was going to get it in shape, I needed to learn everything I could about writing. Instructional books and blogs—even a professional editor—taught me all about the craft of writing. I applied those lessons to my manuscript. A year later, it was better. Much better. I sent out queries and opening pages to agents. And guess what?

No takers. Not even a nibble.

I am nothing if not persistent. I studied the craft, read more inside and outside of my genre, went to conferences and kept writing. Five novels and hundreds of rejections later, I finally got an offer of representation from two well-known agents.

This was exciting, to say the least, but it was also extremely stressful. I had to interview the agents, I had to choose, and I believe I chose well. My agent has been awesome, and I know she works hard on my behalf.

So I must have had something special to get two offers, right? All my agent would have to do is send out the manuscript, and I would have a quick sale.

Yeah, not so much.

It’s nearly as hard to snag an editor as it is to get an agent. With hundreds of submissions a year, even getting them to read your manuscript is difficult. They have only so much time, only so many projects they can take on. And they have, you know, editing to do.

In the end, my agent was unable to sell this particular manuscript. With a degree in graphic design and a background in marketing, I decided to self-publish. The whole process was surprisingly quick and inexpensive. After designing the cover, formatting the pages and giving the book a final edit, I uploaded the files to CreateSpace. In a couple of weeks, the book was available on Amazon.

I’ve written seven books altogether, but The Only Boy is special to me. It got me my agent. It got me some close calls at major publishers. It made me feel that maybe my writing is good enough.

Now, it’s up to readers to decide. 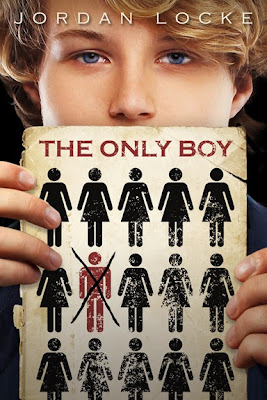 Mary is stuck in Section One, living with three hundred women in a crumbling hospital. She wonders what life was like two centuries ago, before the Cleansing wiped out all the men. But the rules—the Matriarch's senseless rules—prevent her from exploring the vacant city to find out.

Taylor's got a dangerous secret: he's a boy. His compound's been destroyed, and he's been relocated to Section One. Living under the Matriarch means giving up possessions, eating canned food and avoiding all physical contact. Baggy clothes hide his flat chest and skinny legs, but if anyone discovers what lies beneath, he'll be exiled. Maybe even executed.

Taylor should go. The Matriarch is watching his every move. But running means leaving Mary—and braving the land beyond the compound's boundaries. 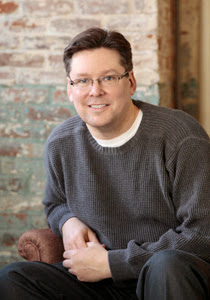 Jordan Locke lives in Connecticut with his wife, two lively daughters and a well-behaved whippet. A graphic designer by trade, his creativity spilled over into the literary world. After years of writing, reading and learning the craft, his fifth novel, The Only Boy, brought him offers of representation from two well-known agents. Now, after the dog is fed and the kids are in bed, you will find him tapping away at the keyboard.