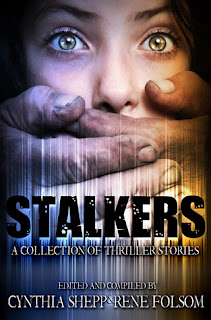 Release date: November 26th 2013
Publisher: Indie Style Press
Shadows follow you in the darkness of the night and the eerie sensation of being watched crawls up your spine. Your sanity pulls apart at the seams as the terrors stalk their victims, leaving you too frightened to turn off the light.

These twisted stories will leave you breathless, dreading the horrors lurking around the corner.

This started out as a contest but grew into an idea. This is the third anthology that was created out of a contest on my Facebook page. The authors and readers were given the opportunity to write a short story using the guidelines provided. This go round I received over thirty entries. Only seventeen were chosen, but every story deserves a moment of recognition. I want to thank everybody for their time and their wonderful imaginations. The seventeenchosen are what you will find in this anthology, a collection of short stories that left me in awe at the talent of these amazing authors. These stories come from already published authors as well as readers who aspired to write.
The guidelines used to write these short stories were ones that I thought would appeal to the audience. This left a collection of shorts that will take you all over the paranormal genre.

* This anthology will have a main theme of Stalkers. That is about where my direction stops. It does not have to be paranormal, though it can be. The story can be a psychological thriller, horror, paranormal, suspense, action…whatever you want it to be. You can have a demon stalking someone in their dreams or a serial killer stalking prey, just to give you a couple examples. Whatever your twisted minds can come up with. I want stories that have you looking in the backseat of your car before you get in—stories that make the little hairs on the back of your neck stand up when you think someone looked at you just a little too long.Let your imaginations flow free and DELVE into the DARKER side of your mind…You know you want to.*

I believe that the authors of these short stories more than met the guidelines; they exceeded even my expectations. I hope that you enjoy reading these as much as I did. Please leave a review when you are finished on Amazon or Goodreads and let us know what you think. Also, please take the opportunity to connect with these amazing authors. Author links are included on the individual title pages of the stories.
Enjoy your read 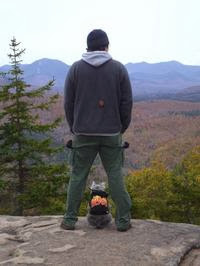 Jason Brant grew up in the mountains of western Pennsylvania where he eventually graduated with a Bachelor of Science degree from Indiana University of Pennsylvania.
After spending more than half a decade working as a Digital Forensics Analyst contractor for the Department of Defense, Jason prefers to spend his time writing and watching movies.
As a Steelers fan living outside of Baltimore, Jason and his wife Erin spend most of their days dodging flying cans of National Bohemian Beer being thrown at them by Ravens fans.

“Mr. Ryan! Such a pleasure to see you again!” The desk clerk beamed at me across the counter.
My head swiveled around, inspecting the rest of the lobby behind me.
I was the only one in there. The clerk waved at me, beckoning me over to the front desk.
“I was afraid we wouldn’t see you again!” A broad grin cracked his serene demeanor.
And then it clicked.
This man thought I was James Ryan, former second baseman for the Milwaukee Brewers. After last season concluded, the Brewers traded James to the Marlins. But you’re already aware of that, aren’t you?
That’s why you’re here.
You’re probably asking yourself what a baseball player has to do with me, right?