Book Highlight : Wilder Than the Rest by Shirleen Davies 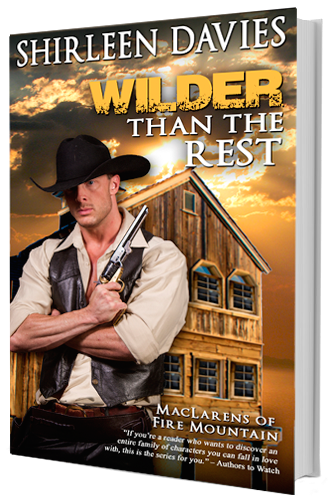 Pierce is a rough man, but happy in his new life as a Special Agent. Tasked with defending the rights of the federal government, Pierce is a cunning gunslinger always ready to tackle the next job. That is, until he finds out that his new job involves Mollie Jamison.
Mollie can be a lot to handle. Headstrong and independent, Mollie has chosen a life of danger and intrigue guaranteed to prove her liquor-loving father wrong. She will make something of herself, and no one, not even arrogant Pierce MacLaren, will stand in her way.
A secret mission brings them together, but will their attraction to each other prove deadly in their hunt for justice? The payoff for success is high, much higher than any assignment either has taken before. But will the damage to their hearts and souls be too much to bear? Can Pierce and Mollie find a way to overcome their misgivings and work together as one?
Read Wilder than the Rest, another heartening story of duty, honor, passion, and love in book six of the MacLarens of Fire Mountain. 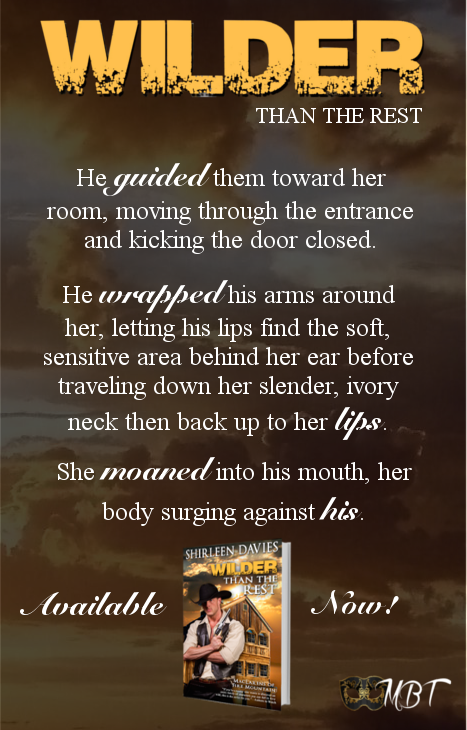 
Other books in the series

Check out the series on Goodreads! 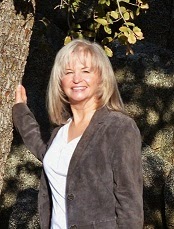 Shirleen Davies writes romance—historical, contemporary, and romantic suspense. She grew up in Southern California, attended Oregon State University, and has degrees from San Diego State University and the University of Maryland. During the day she provides consulting services to small and mid-sized businesses. But her real passion is writing emotionally charged stories of flawed people who find redemption through love and acceptance.  She now lives with her husband in a beautiful town in northern Arizona.
Shirleen began her new series, MacLarens of Fire Mountain, with Tougher than the Rest, the story of the oldest brother, Niall MacLaren. Other books in the series include, Faster than the Rest, Harder than the Rest, Stronger than the Rest, and Deadlier than the Rest. Book six, Wilder than the Rest, is due for release in early summer, 2014. Her contemporary romance series, MacLarens of Fire Mountain Contemporary, opened with book one, Second Summer. Book two, Hard Landing, released in April 2014, and book three, One More day, is scheduled to release in midsummer, 2014.

Shirleen loves to hear from her readers.