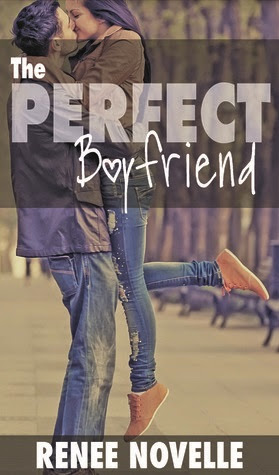 The Perfect Boyfriend picks up right where we left Reagan and Ian in The Boyfriend List.

As their friendship blossoms quickly into a steamy romance, Reagan and Ian have to learn to navigate their shifting relationship…and everything that entails. But their newfound bliss doesn’t come without a few unexpected challenges.

In the midst of realizing just how sweet the romance can be between them, and all the benefits of their new dynamic, Reagan is informed that her ideal situation has changed. Not only will she need to begin taking on more classes to speed up her graduation date, but she’ll also have to start looking for a job to supplement her fading income. Meanwhile, Ian has chosen to pull out of school once his father is diagnosed with a terminal illness in order to help manage the family business and spend time with him while he still can. But he wrestles with the guilt of leaving Reagan behind, and the pressure of his new responsibilities.

As the two meet their new challenges head-on, they’ll be forced to discover whether or not they’re as compatible as lovers as they were as friends. With their focus pulled in so many directions, will they have what it takes to keep a long distance relationship alive? Can Ian prove that he’s still be the perfect boyfriend, or will they fold to statistics under the growing tensions of their lives? Throw in some manipulative exes, a new boss with an inflated ego, and a co-worker from hell and the two have a recipe for either a fairy tale ending, or a complete disaster.

The Perfect Boyfriend is a New Adult Romance about trust, love, and discovering the true depths of personal strength.

I Amazon.ca I Amazon.uk I Amazon.au I Amazon.in 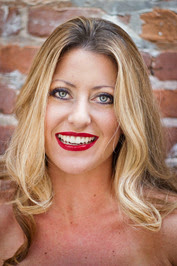 As a child, Novelle was already gaining recognition for several of her works, and in her formative years, she continued this trend by earning local awards for her short stories and poems.

Inspired to cultivate her talent, Novelle pursued freelance journalism and has found placement of 75 of her pieces in both online and print publications since 2008. Additionally, she has written multiple screenplays, and contributed her savvy, effective writing style to many non-profit and for profit organizations. She launched several blogs over the years, which garnered international attention.

In 2013, Novelle returned to her first love – fiction. She writes psychological and paranormal thrillers, as well as contemporary fiction and new adult fiction. For a complete schedule of upcoming releases, please visit www.RSNovelle.com

“You told me I could see.” Reagan was insisting, her back turned toward the mirror in her bathroom.
Petra was standing over her, make-up brush still in hand, heavy with color on the tip. “I said you could see when I was done. I’m not done yet. Close your eyes.” Then she swiped a little color into the crease of Reagan’s large eyes and rubbed it along the lash-line to create a smoky effect. Next she added a couple layers of mascara, swiped some red lipstick onto Reagan’s full lips and fluffed the curls around her face that she’d created earlier in the evening. “Now I’m done. Take a look.”
Petra stood back, beaming with pride at her creation as Reagan swiveled around to get a good look at herself.
“Oh my god.” The words tumbled from her lips on a breathless whisper of amazement. “Oh my god, Petra.” Then she leaned closer in, scrutinizing her appearance. She looked like one of the models she’d seen in the lingerie store pictures.
“See.” Petra was smiling as she pulled out her phone and took a quick picture of the two of them to upload to Instagram later. “I always told you you were hot. Now will you believe me?”
“Wow. I guess I’m gonna have to.”
“You’re welcome.” Petra chirped happily as she packed up her tools and walked out of the room to make herself a drink while Reagan changed into her outfit.
But Reagan was beginning to think she might need a drink herself.
As she added dangling earrings and a bright cocktail ring to spruce up her dress, she began to wonder to herself what exactly to expect from the evening. Every other first date she’d been on had been a variation on the casual dinner/movies theme. Maybe a couple drinks at a popular bar. If she was lucky, really lucky, and the guy had any amount of romantic streak in him, they might end up at Carrabba’s or The Cheesecake Factory or some other place that was a step up from average but far from fancy. This was college, and it was all par for the course when the end result was only meant to be some casual fun.
But then again, this was Ian she was going out with tonight. And Ian never did things quite like any other guy. Somehow from day one he’d been plugged in to this uber-sophisticated, way more mature lifestyle and understanding of how things were supposed to work than most guys his age. She wasn’t quite sure how he’d managed it, but it was one of his many appealing qualities. So the status quo was immediately tossed out the window. And it’s not like he’d given her much of an idea to go on, other than to dress nice, so the part of her that needed to have things in order and a plan to rely on was a little thrown off.
Yet she had to admit to herself that the not knowing part had made it that much more exciting too. Yes, she had known Ian for the better part of her college life, but she had no idea what dating him would be like. Not really. Because he’d never really dated a girl before. And the more she thought about it, the stronger the jitters grew that were working their way up from her core as ideas and images ran through her head. And by the time she heard the solid knock at the front door, she was practically bursting with excitement and nerves.
She raced from her room, but backtracked when she realized she’d forgotten perfume. Spritzing a little of her favorite scent on her neck, cleavage and wrists, she took one final glance into her full-length mirror and murmured to herself, “Well, this is it.” Then she nodded in approval and left her room again.
By the time Reagan emerged, Petra had beat her to the door and she could hear her friend giving Ian the rundown. “I don’t expect you to bring her home tonight. In fact, I really hope you don’t. But if anything happens to her, sohelpmegod I will hunt you down and murder you myself. Got it?”
“Yes ma’am.” Came Ian’s good-natured reply, to which Reagan smiled warmly.
Then Reagan rounded the corner of the hallway, and got her first glimpse of him standing the doorway. It wasn’t the first time she’d seen him in a suit – they’d passed that milestone already – but damn the man could pull off a dinner jacket like nothing she’d ever seen before, and the result of his broad shoulders and perfect face dressed up like that nearly took her breath away.
Apparently the feeling was mutual. She could hear him suck in a deep breath, as though the first sight of her had far exceeded any expectation he’d put on the evening. Then he blew it out again - a long, low steady stream of appreciation as his eyes moved over every inch of her body, lingering at her cleavage then finally meeting her eyes. His expression had shifted somehow, from an almost casual nervousness to a wicked sensuality that was asking to devour her. It was a foreshadowing of what was come, Reagan could feel it in her gut. And if he continued to look at her with those heavy, darkened eyes and the charming curl of his lip that forced a slight dimple into the side of his cheek, she might just let him have his way.